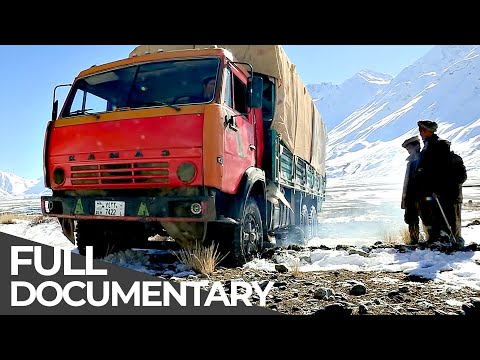 50M 22S
World's Most Dangerous Roads: Deadliest Journeys in Afghanistan in 2016 Deadliest Roads - Myanmar: https://youtu.be/1_Wkq9bO8FM Situated in the extreme north-west of Afghanistan, the Wakhan corridor is bordered by the Hindou Kouch mountains and peaks at almost 5000 metres high. This forgotten region of Afghanistan is the only one to have been spared by the war that has raged through the country for years. No soldier, neither American nor from the Taliban, has ever entered it. Its inhabitants live as if in the middle ages, without water or electricity, and make a living by bartering. The only road that cuts through the corridor is almost inaccessible, crossing the mountainside, often buried by metres of snow. A handful of adventurers, travelling in rickety lorries, have dared to brave the isolated corridor, battling against the extreme elements. And, of course, the odd sheep and yak…