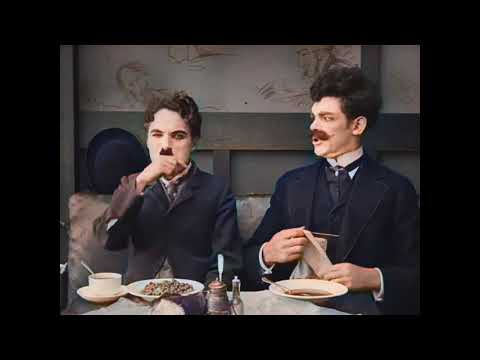 23M 58S
The Immigrant is a 1917 American silent romantic comedy short. The film stars Charlie Chaplin's Tramp character as an immigrant coming to the United States who is accused of theft on the voyage across the Atlantic Ocean, and falls in love with a beautiful young woman along the way. It also stars Edna Purviance and Eric Campbell. The movie was written and directed by Chaplin. According to Kevin Brownlow and David Gill's documentary series Unknown Chaplin, the first scenes to be written and filmed take place in what became the movie's second half, in which the penniless Tramp finds a coin and goes for a meal in a restaurant, not realising that the coin has fallen out of his pocket. It was not until later that Chaplin decided the reason the Tramp was penniless was that he had just arrived on a boat from Europe, and used this notion as the basis for the first half. Purviance reportedly was required to eat so many plates of beans during the many takes to complete the restaurant sequence (in character as another immigrant who falls in love with Charlie) that she became physically ill. The scene in which Chaplin's character kicks an immigration officer was cited later as evidence of his anti-Americanism when he was forced to leave the United States in 1952. In 1998, The Immigrant was selected for preservation in the United States National Film Registry by the Library of Congress as being "culturally, historically, or aesthetically significant".